Wellington, Fla.  – Feb. 9, 2017 – In one of the most important games of the Ylvisaker Cup, Villa del Lago Modere defeated Horseware 10-8 Wednesday at the International Polo Club Palm Beach (IPC). It was a tense matchup of teams holding identical 1-1 records, with the winner coming second in the bracket and the loser having to head to a shootout Thursday for the final wildcard spot. 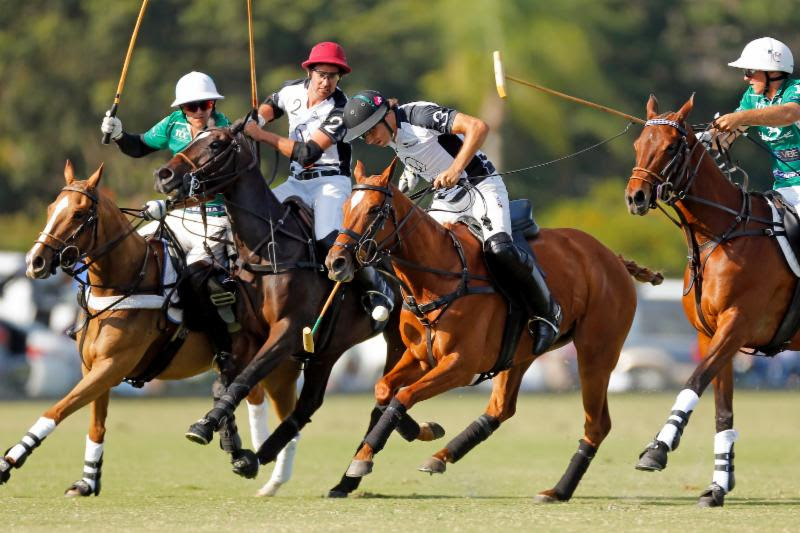 With his team awarded two goals on handicap, an early goal from Juan Martín Obregon gave Horseware a 3-goal lead. However, two fouls from Horseware quickly resulted in two penalty goals for Hilario Ulloa, his first of many on the day.

As the game unfolded, two story lines emerged as determining factors. First was the ability of Horseware to generate scoring opportunities, which was unfortunately tinged by their inability to convert those chances into goals. The second was a flurry of Horseware fouls, resulting in penalty shot opportunities for Ulloa, who, as usual, was on target all game.

A low-scoring first half saw zero goals in the second chukker and two in the third. Horseware shot 1 of 8 from the field, while Ulloa went 3-for-3 from the penalty line to bring his team within one goal as Horseware led 4-3 at halftime.

Villa del Lago Modere finally scored a goal from the field in the fourth chukker on a smooth play by Agustín Obregon and Jim Zenni. They connected for a pass, with Zenni leaving it for Obregon to put through for a goal. Juan Martín Obregon added another goal from the field and one from the penalty line, continuing to match Ulloa and help Horseware maintain a single-goal lead.

In the final chukker Ulloa continued to make all his penalty attempts. He added 3 goals and eventually finished with 9 goals on the game, going a perfect 9-of-9 from the penalty line. Juan Martín Obregon scored all of Horseware’s goals in the game, finishing with 6. Horseware only shot 2 of 16 from the field, and those missed scoring chances ultimately sealed their fate as Villa del Lago Modere finished with a 10-8 victory. 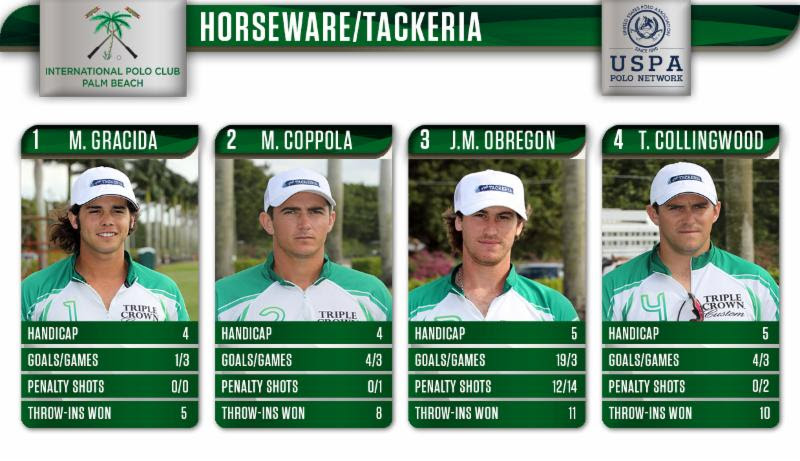 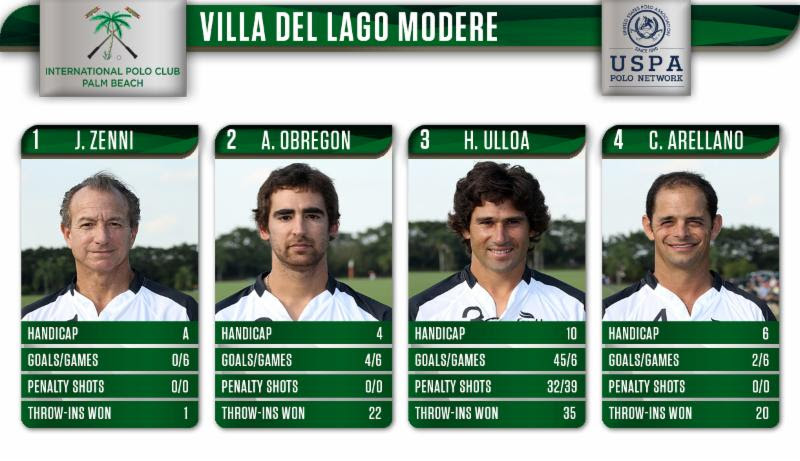 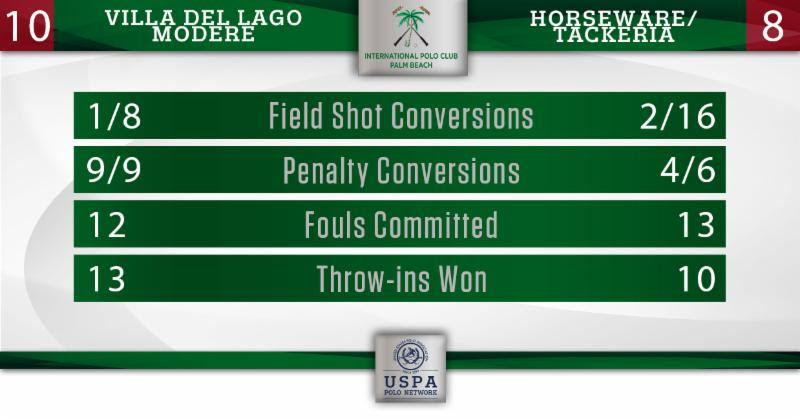 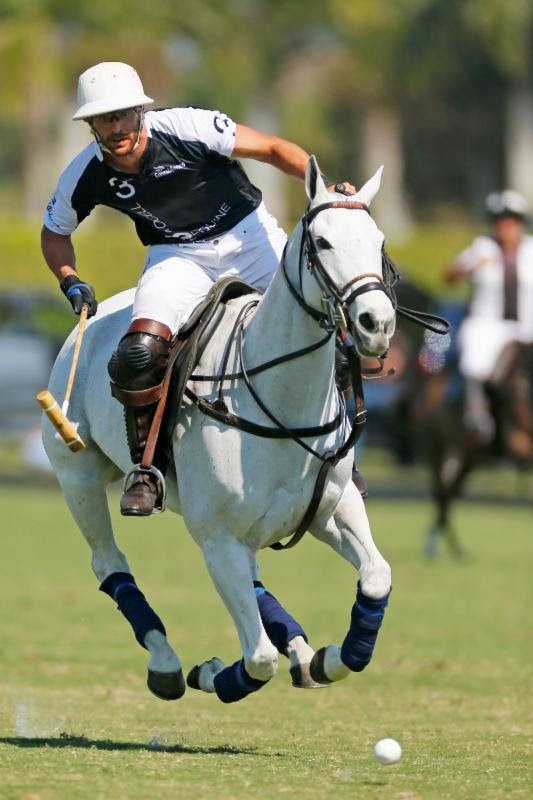 
Both Coca-Cola and Equine Liquid Biocell came into the contest with a degree of certainty. After winning their first two games, Coca-Cola had already secured the top seed in Bracket III, and Equine Liquid Biocell was guaranteed to be heading to the George Haas Cup subsidiary after losing their first two games.Regardless, the battle was on. Equine Liquid Biocell started the game strong, displaying a performance that had yet to be seen from them this season. They converted both shots on goal and finished the first chukker leading 2-0, while Coca-Cola was unable to convert any of their 3 shots at goal. Coca-Cola continued to struggle, converting only 1 of 3 chances in the second chukker. Julio Arellano converted a goal from the field while adding one from the penalty line. Equine Liquid Biocell’s Jared Zenni followed suit, slapping one in from the field and one from the penalty line to help his team maintain a 2-goal lead heading into the third chukker.

Coca-Cola stepped up their defense, only permitting their opponent to put one shot at goal in the third while committing a single foul the entire first half. However, Coca-Cola continued to have difficulty finishing their shot attempts. They put another four shots at goal but only converted one to finish the first half shooting 2-of-10 from the field, but still managed to tie the game at 4 heading into halftime.

Equine Liquid Biocell came out firing in the fourth chukker, scoring 4 goals on 5 shots, with 2 goals coming from Magoo Laprida and one each from Zenni and Juan Valerdi. Equine Liquid Biocell made 4 more goals from the field, propelling the team to a 13-11 victory. Julio Arellano finished 5-for-5 from the penalty line, while Zenni converted his single penalty opportunity to have perfect penalty shooting on the game. 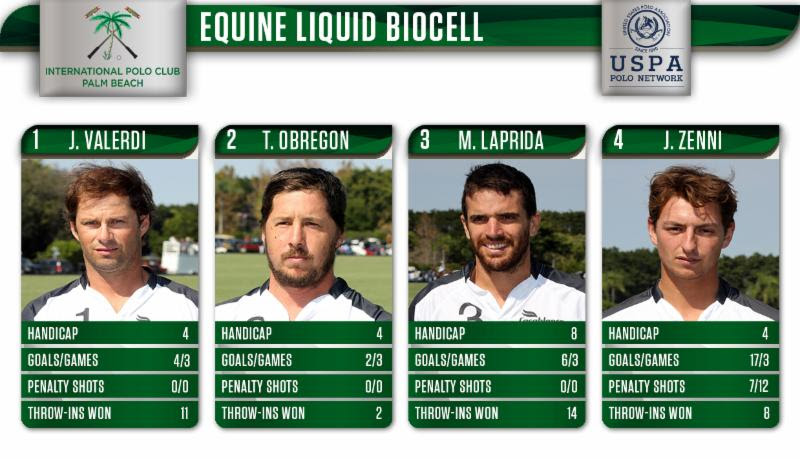 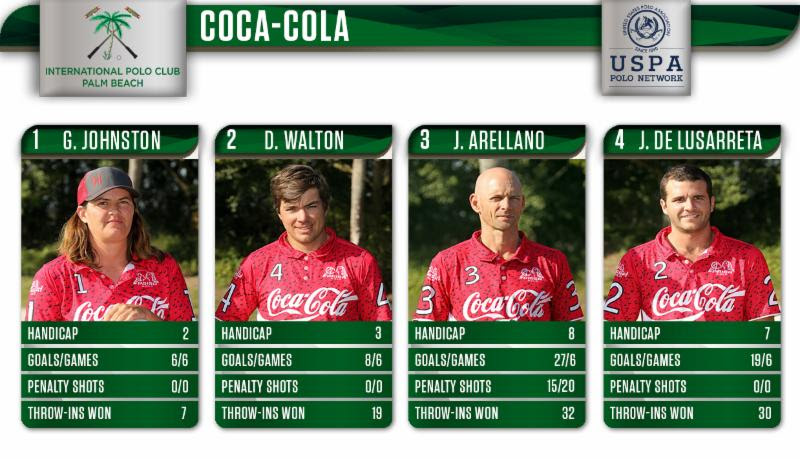 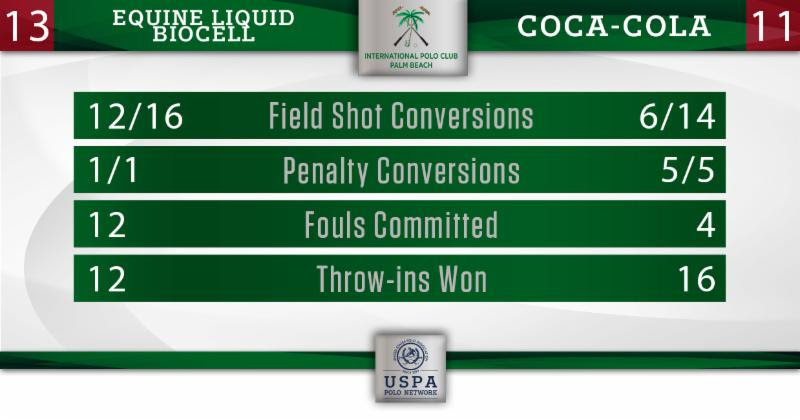