With both teams coming off a disappointing Joe Barry Memorial, the Ylvisaker Cup offered a fresh start for Coca-Cola and Villa del Lago Modere. Coca-Cola seemed determined early on. They looked like a completely different team, scoring on all three attempts at goal from the field and converting their only penalty shot. Coca-Cola took an early 4-0 lead on a Villa del Lago team that seemed stunned by their opponents’ play in the first chukker.

The second chukker brought more of the same as Coca-Cola once again scored four goals, three from the field and one from the penalty line. Coca-Cola put on the pressure, switching Julian de Lusarreta to the number 4 position and moving Del Walton forward. That made it very difficult for Villa del Lago to create many scoring chances. Neither Hilario Ulloa nor Agustin Obregon  scored any goals from the field.

Coca-Cola took a 9-2 lead into halftime in what was looking to be a blowout, but Villa del Lago behind Ulloa began to fight back. A big fifth chukker by Villa del Lago saw Ulloa score three goals, with Carlucho Arellano adding a goal from the field to bring their team within four goals after trailing by eight early on. However, Coca-Cola was just too much on this day. Julio Arellano played a strong game, finishing with 10 goals shooting 5 of 6 from the penalty line and the same from the field. Coca-Cola never gave Villa del Lago an inch in taking the 14-8 victory. 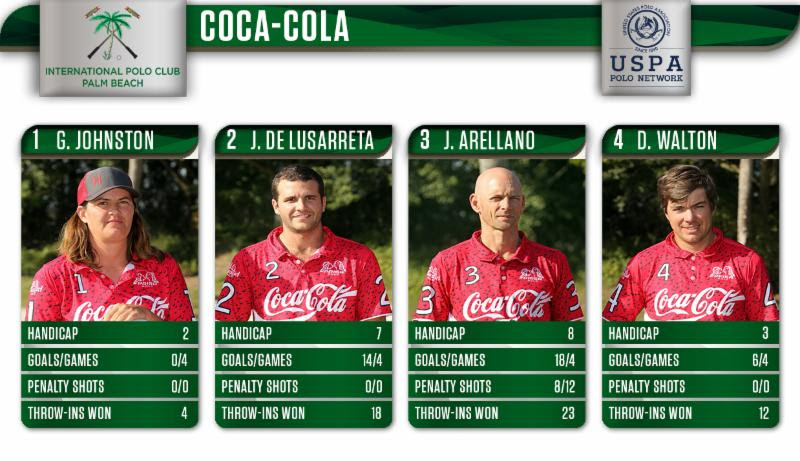 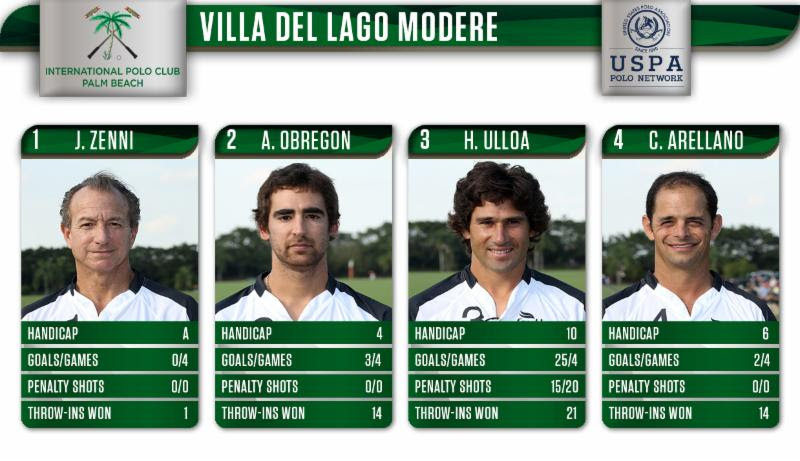 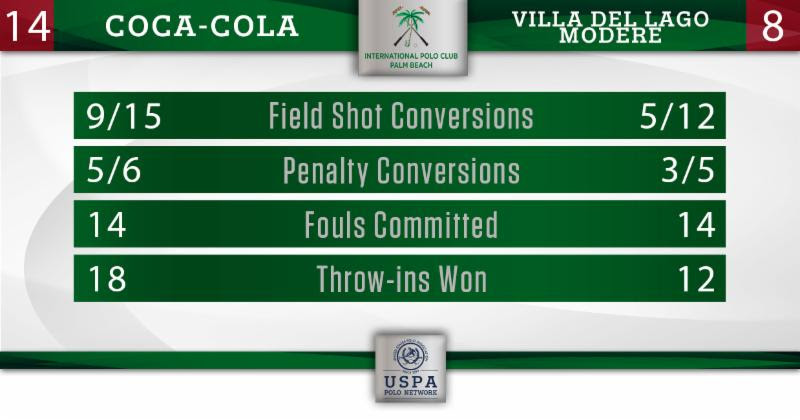 Coming off a strong showing in the Joe Barry Memorial, finishing as runner-up to La Indiana in the final, Mt. Brilliant faced a tough task in their first game of the Ylvisaker Cup. They were up against the mighty Valiente I team with 10-goaler Adolfo Cambiaso making his 2017 debut.

A few fouls early on gave both teams opportunities to make penalty 4s, but Mt. Brilliant’s Jason Crowder was unable to convert his opportunity. Cambiaso, normally a force on penalty 4s (shooting 48 percent for the 2016 season), uncharacteristically missed both his opportunities. However, that didn’t deter Cambiaso and his teammates as an orchestrated attack and a perfect pass for a tap-in goal by Victorino Ruiz Jorba gave Valiente the early lead.

Mt. Brilliant never really had an answer for Cambiaso as he began to turn it on, scoring the next five Valiente goals and helping his team take a 6-1 lead into halftime. Mt. Brilliant needed to come out with a different game plan for the second half, but Valiente shut them down. Another pass by Cambiaso—this time a backhand to Jorba—resulted in an early goal in the fourth chukker. Mt. Brilliant only took two shots at goal through the fourth and fifth chukkers, unable to put together a run in an attempt to get back in the game.

Cambiaso led the way with six goals, despite only shooting 3 of 7 from the penalty line and adding five throw-in wins to help his team maintain possession. Jorba added three goals while Felipe Viana contributed one in the fourth chukker for a dominant team performance from Valiente. 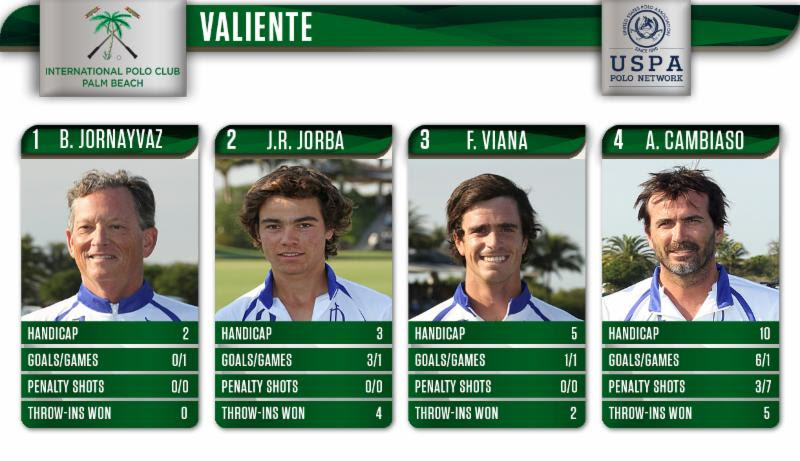 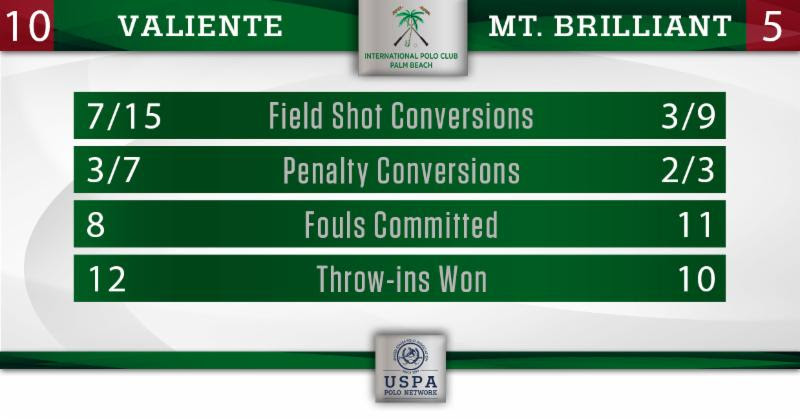 Receiving two goals on handicap, Horseware Tackeria looked nothing like an 18-goal team early on, winning 5 of 7 throw-ins in the first chukker, three of them from Tommy Collingwood. Horseware scored three goals for an early 5-2 lead behind two goals from Juan Martin Obregon and one from the field for Matt Coppola.

The rest of the first half was closely contested, as neither team generated many scoring chances. Obregon’s penalty shooting helped Horseware remain in the lead and take a 10-6 lead into halftime.

Playing a strong back position the entire game, Collingwood and his Horseware teammates limited Equine Liquid Biocell to one shot at goal in the fourth and fifth chukkers. Collingwood began to come forward from the No. 4 position. He scored three goals in those two chukkers on two tough neck shots and an even tougher open cut shot from a seemingly impossible angle to increase Horseware’s lead.

With a large lead heading into the final chukker, Horseware got two more goals, one from Obregon and another from Coppola, his third on the day. It turned out to be a dominant performance for the Horseware team finishing with a 17-7 victory. Matt Coppola and Tommy Collingwood were both 3 of 4 (75%) from the field on the game, along with Juan Martin Obregon adding 8 goals, shooting a perfect 6 of 6 from the penalty line and adding 2 goals from the field. Collingwood led his Horseware teammates with 6 throw-in wins on the game.

The tournament continues Sunday, when Tonkawa faces Travieso in the featured match at 3 p.m. on Engel & Völkers field at IPC.

All games in the 2017 Ylvisaker Cup are being live streamed on the USPA Polo Network: uspolo.org. 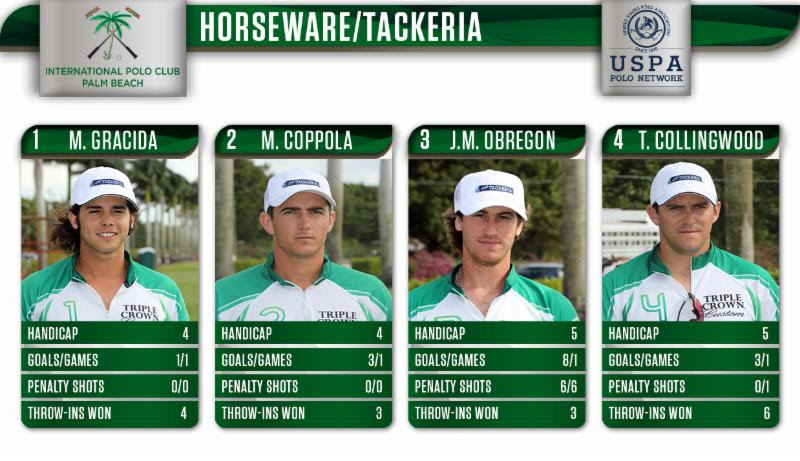 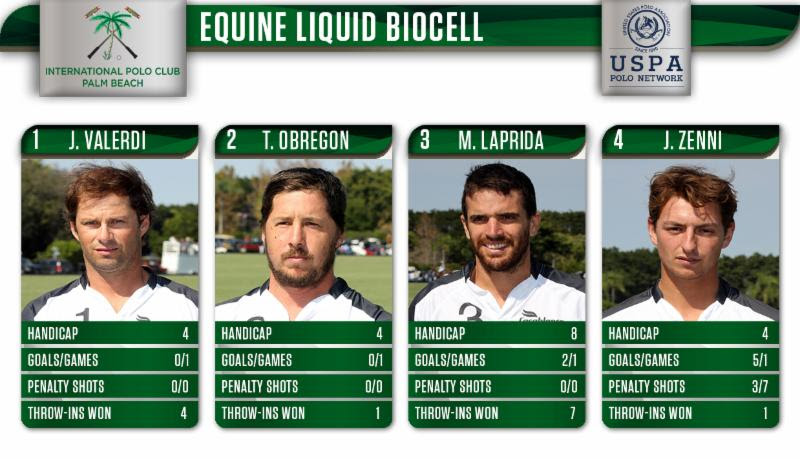 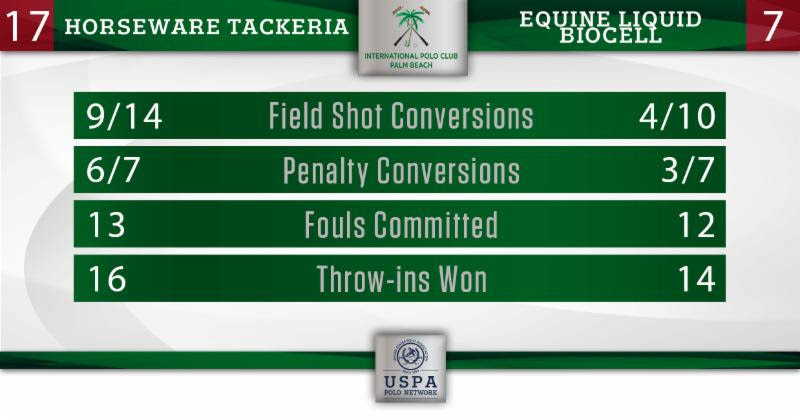