The first chukker set up what was to come for the rest of the game. Each team committed four fouls, leading to two penalty goals on three attempts for both Nic Roldan and Kris Kampsen. The high number of fouls early in the contest kept the game on the penalty line and only led to one shot combined at goal for both teams through the first chukker.

The second chukker was a different story, as the game opened up a bit with fewer fouls and more scoring chances for both teams. With Marc Ganzi substituting for son Grant Ganzi (injured in practice), up front pulling Grand Champions Polo Club forward, the team made five shots on goal. Ganzi converted two of them to help his team take the lead. A slow-moving third chukker only led to one penalty goal for Roldan and a 5-3 lead for Grand Champions Polo Club at the half.

Postage Stamp Farm were just never able to quite break away and create enough scoring chances, only shooting six times throughout the game. Patrona Annabelle Gundlach scored her first goal of the season in the fifth chukker to tie the game at 5. But it was closely followed by goals from Roldan and Ignacio Laprida, which helped Grand Champions take the lead into the sixth. From there Grand Champions never looked back. They did not give Mariano Aguerre or Kampsen any space to operate and rode off with the win. 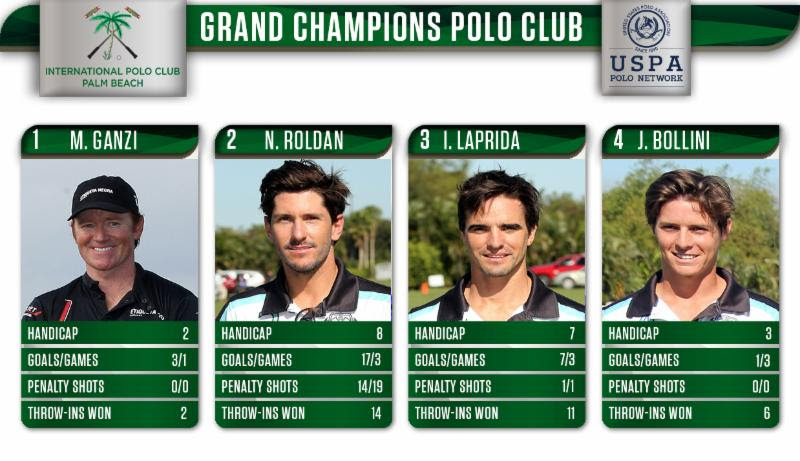 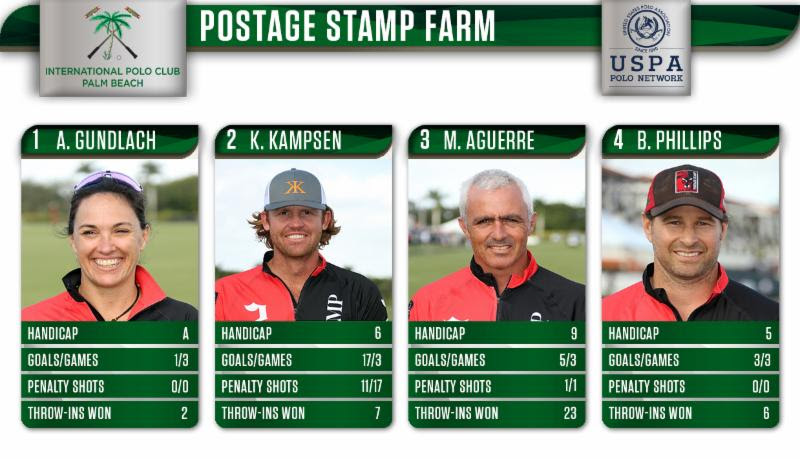 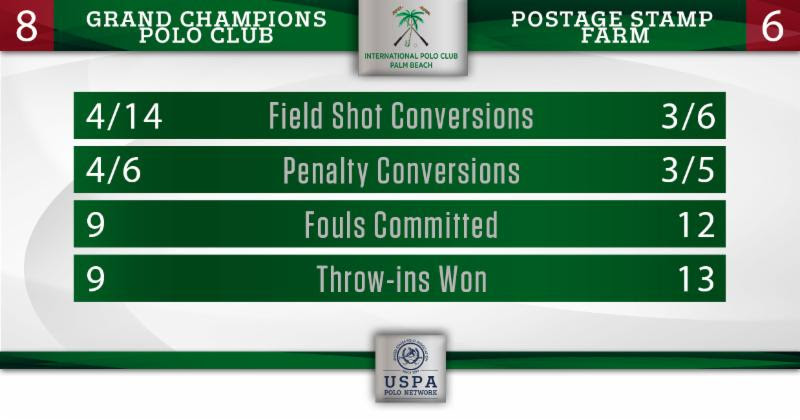