Wellington, FL – Feb. 18, 2017 – Six of the top high-goal U.S. and international polo players battled it out in round 2 of the recently launched $250,000 Gladiator Polo™ presented by the U.S. Polo Assn. on February 26, 2017. Team Spiculus soundly defeated Team Priscus 20-9 in the event at the “Coliseum,” otherwise known as the Equestrian Village of Palm Beach International Equestrian Center (PBIEC).

“Gladiator Polo keeps getting more exciting with every match,” said Mark Bellissimo, Managing Partner of International Equestrian Group (IEG), who organized and hosted the series, which continues through the winter equestrian season. “Whether or not they had ever seen polo, spectators were mesmerized. With seating just feet away from the arena, you could see the expressions on the players’ faces and hear what they were saying.” 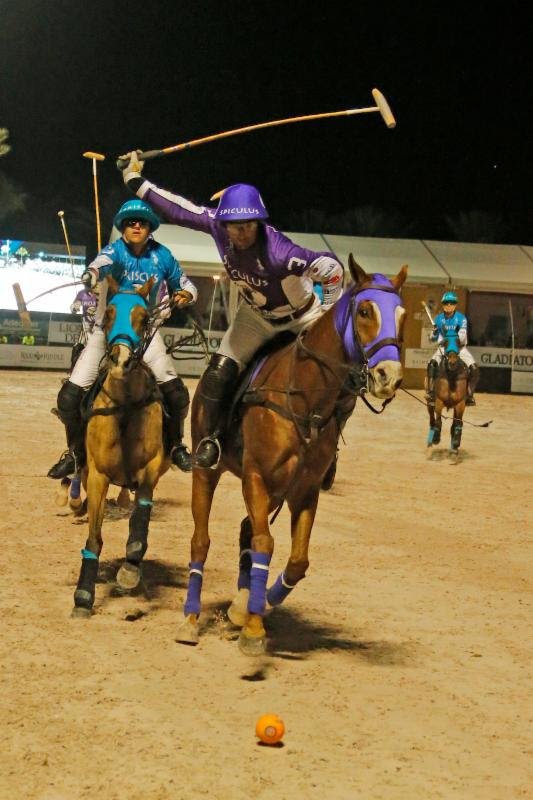 Photo by David Lominska. Playing in front of a roaring crowd, who were often on their feet cheering, both teams included luminaries of the sport. The Spiculus roster included Sebastian Merlos (rated at 9 goals), Pelon Escapite (7) and Juan Martin Zubia (7). Priscus had Tommy Collingwood (5), Jeff Hall (8) and Jeff Blake (7). Team Spiculus is sponsored by Marshall & Sterling Insurance, Equisport Division, and Team Priscus is sponsored by Bainbridge Companies.”Gladiator Polo is something we have not seen before. Anything that brings the community out to see a horse event, whether it is dressage, hunter-jumper, grand prix jumping or polo, it’s all good,” said Don Graves, Vice President of Marshall & Sterling Insurance and Director of the Equisport Division, sponsor of Team Spiculus. 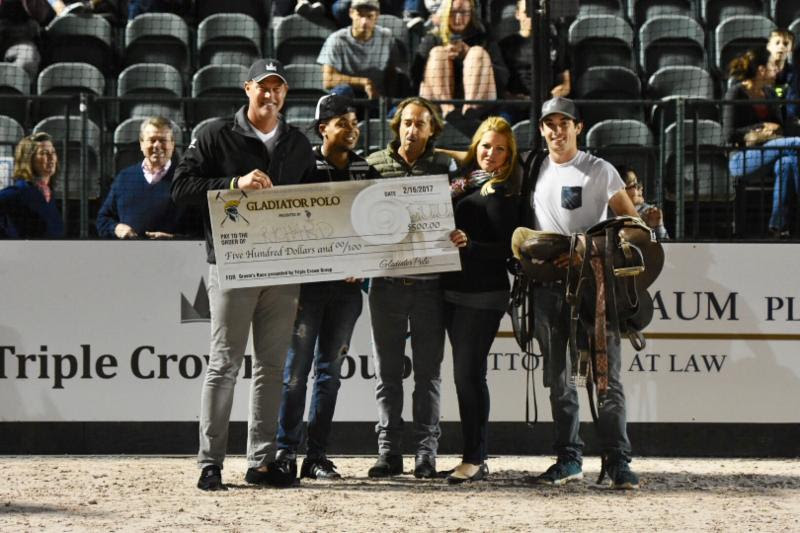 A $500 Grooms’ Award presented by Triple Crown Group was awarded during the midway drag of the match. A combination of grooms raced to fully tack and untack their ponies in a relay race format competition. Photo by Meg Banks/PBIEC.


“The attendance was great, and the interest was amazing. Gladiator Polo has the potential to be a great spectator sport. This is something we want to support,” he added. Sebastian Merlos, a member of the winning Spiculus team, called Gladiator Polo “a great idea,” adding, “I really like playing in front of an enthusiastic crowd like this, especially with two amazing teammates. The footing was fantastic, the best surface ever to play on. That’s important because arena polo is a lot different than playing on grass. It’s much harder to control the ball in the sand, and that makes it quite a challenge. But more than anything, it was a lot of fun.” 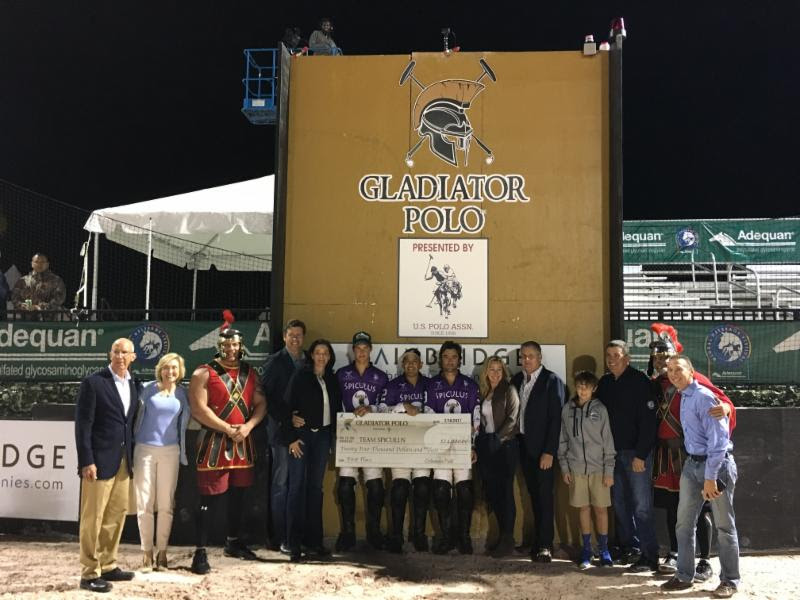 There was also face painting, pony rides, and horse simulators, as well as an authentic Argentine asado. The evening was followed by an after-party open to all at the new onsite “Lions’ Den,” with music by DJ Maximus, drinks and dancing.