Wellington, Fla. – Feb. 7, 2017 – The Ylvisaker Cup continued Monday with a double-header at the International Polo Club Palm Beach (IPC). Both games, as have so many in the tournament, were decided on a single goal. Postage Stamp Farm defeated Travieso 12-11, and Tonkawa bested La Indiana 8-7 in overtime. 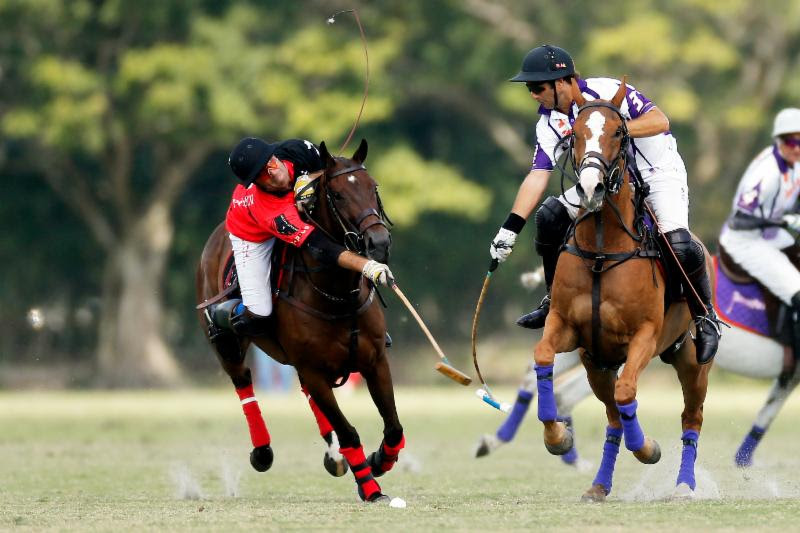 Jota Chavanne and Sebi Merlos
All photos by David Lominska

In the battle between 0-2 Travieso and 2-0 Postage Stamp Farm, the underdog came out firing. Travieso played their best chukker of the tournament, scoring three goals from the field (two from Sebastian Merlos and one from Marquitos Alberdi) and adding one from the penalty line to take a 4-1 lead in the first chukker. Travieso continued their strong play, adding another goal from the field and one more from the penalty line as they seemed to surprise a Postage Stamp Farm team that has been playing extremely well throughout the Ylvisaker Cup.

Postage Stamp Farm started to find their footing in the third chukker. They placed six shots on goal but were only able to convert one of those chances as Kris Kampsen finished off a run to goal. Kampsen added a penalty shot as Travieso took an 8-4 lead into halftime.

Fouls became a big issue for Travieso as they kept putting Kampsen on the penalty line—and he was on target all game. In the fourth chukker, six fouls from Travieso allowed Kampsen to convert 4 of 5 penalty attempts and tie the game at 9-all after four chukkers. A back-and-forth fifth chukker saw Kampsen add two more from the penalty line, with Postage Stamp Farm unable to put any shots on goal from the field. Travieso also added two goals, one each from Merlos and Alberdi. The score was tied at 11 heading into the final chukker.

Ultimately, Kampsen made the difference in the outcome. He converted another penalty attempt, going an amazing 10-for-11 on the game, and scoring 11 total goals. Jota Chavanne added the other goal to help Postage Stamp Farm take a teeth-clenching 12-11 win and go into the Ylvisaker quarterfinals at 3-0. 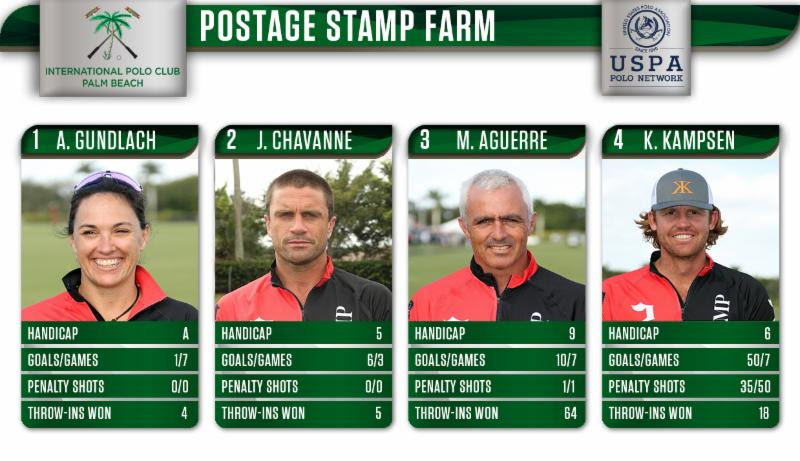 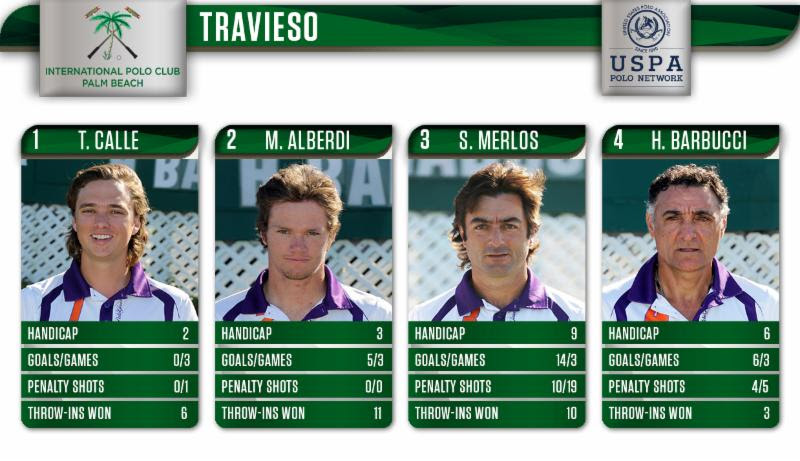 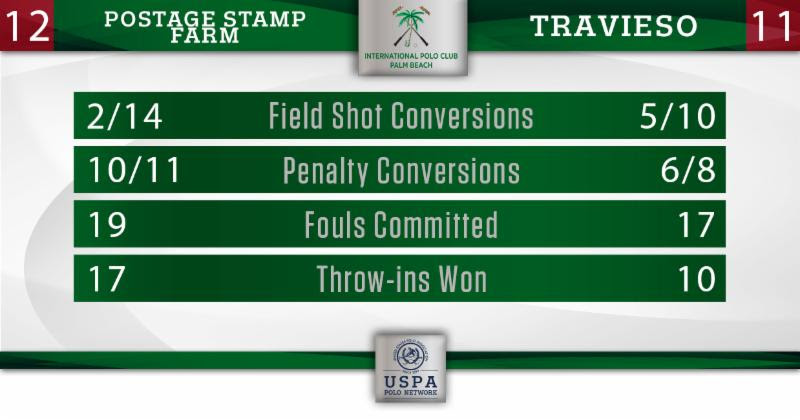 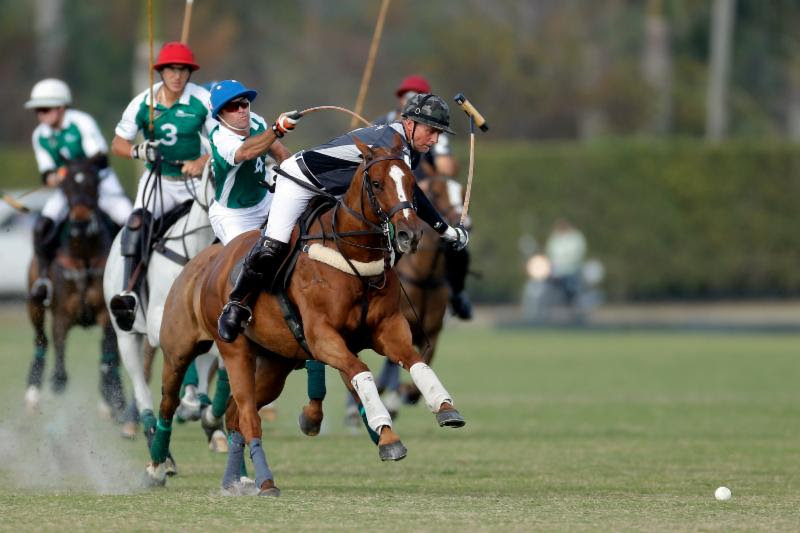 In a critical game in bracket 4 to determine which team automatically qualifies for the quarterfinal, both La Indiana and Tonkawa, coming in at one win and one loss, were evenly matched throughout. Right from the opening throw-in, both teams played a tight, physical game with very little room. The result was a foul-ridden game from start to finish. Yellow cards went to nearly half the field: Sapo Caset, Jeff Hall and Gringo Colombres.

In the first chukker, neither team scored from the field but had opportunities to score from the penalty line. Eight total fouls resulted in three penalty shots for La Indiana, but they were unable to convert any of their chances. Caset converted 1 of his 3 penalty attempts to give Tonkawa a 1-0 lead after the first chukker.

The fouls continued to pile on as 10 more fouls were committed in the second chukker. By then it had become clear the game was going to be determined by penalty shot proficiency, as neither team had the chance to put many shots on goal. Mike Azzaro and Caset traded penalty goals in the second, with La Indiana adding the first field goal of the game on a nearside neck shot from Michael Bickford. Caset uncharacteristically missed three penalty attempts in the third chukker, while Azzaro added another to give his La Indiana team a one-goal edge heading into the second half.

The story of the game turned out to be missed penalty opportunities, as Tonkawa went 4/14 from the penalty line and La Indiana 3/10—both significantly below their tournament averages of 80 percent and 83 percent. La Indiana held a single-goal edge going into the final chukker but couldn’t generate any scoring chances. Meanwhile, Tonkawa’s Costi Caset finished off a goal to tie the game on his second goal of the day. As the clock ticked down, a foul gave Colombres a chance to win the game for La Indiana on a penalty 4, but the shot missed. Tied at 7 at the end of regulation play, the game rolled into overtime. Sapo Caset and Costi Caset combined for a long run, with Sapo eventually finishing it off with a dash into goal to give Tonkawa an 8-7 victory.

The Ylvisaker Cup resumes Wednesday with the last two games of bracket play: Coca-Cola vs. Equine Liquid Biocell at noon and Villa del Lago/Modere vs. Horseware at 3 p.m.

All games in the Ylvisaker Cup are being live streamed on the USPA Polo Network: uspolo.org 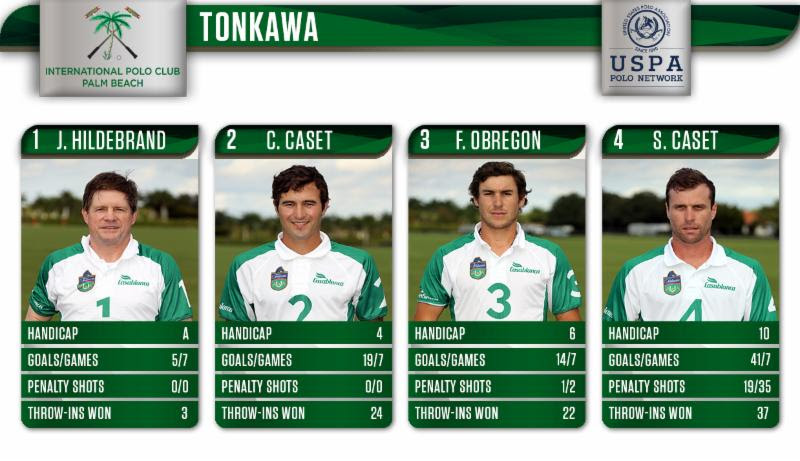 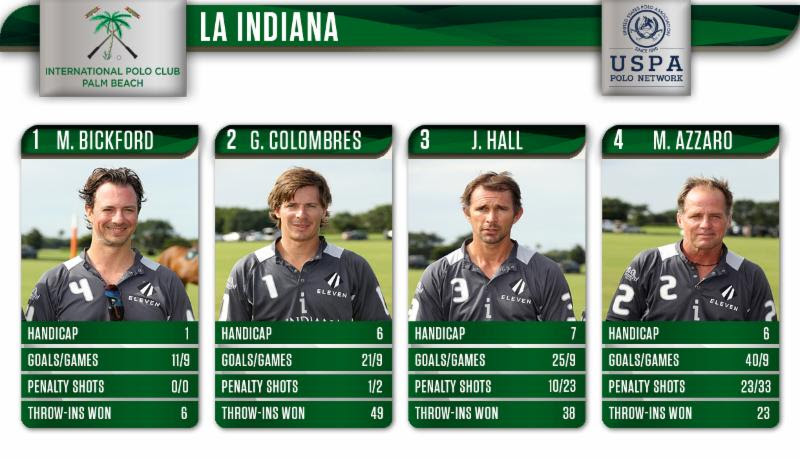 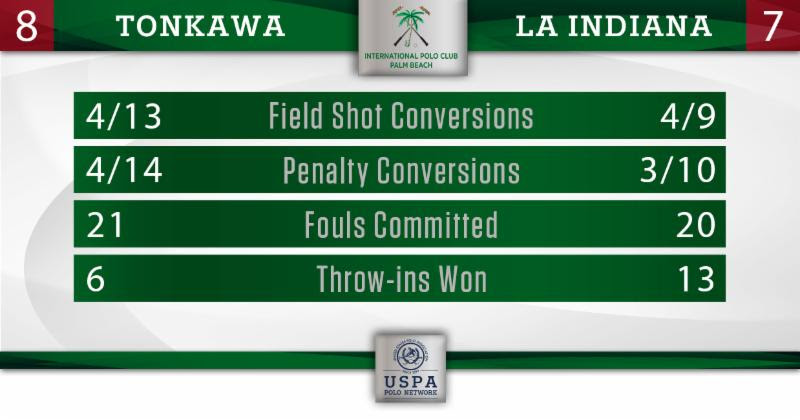